Both hands on the tiles

Break everything but character

Break nothing but myself

Light cracks through the door

The red herring was always the muse

Breath held on a word

It’s time to be stifled

A shadow is cast

The care is kept deep

But when I stand out

My elbow is held

And so is my throat

The sense of rejection
The fear gets lost
The style gets good
The junction is here
There is always a point
The distance is close
I can’t see it now
A gentleman’s cap
A loose conversation
I passed the point
Fuck the silhouette burned
In the lids of my eyes
Your face is stained
Upon the face of my thought
And all that you have
Is the rest of your life
And all that I have
Is a stolen ballpoint
The billiards, the camels
The hands, the scent
The stare, the cats
I never came with intent
The best, the most
I’d never render less
Because I’d offer more,
But then again, you never made the point.

I no longer search for the ideal candidate for literary immortalization.
So many beautiful creatures—countless magnificent specimens.
As exquisite as they were, their truths never transcended the mystery.

Perhaps duration casts shadows on us all.
Or maybe I was never realistic in my expectations.
Only in the short run can we disregard all fixed costs.

I dismay my eyes have seen too much.
They’ve been blinded by the incandescent radiance of all these obscure wonders.
The colors have spilled together into a pool of murky indifference.

Perfection on a platter but it’s alive and it bites.
Nothing surprises. Nothing impresses. Nothing disappoints.
It is all different and that makes it the same.

Vapid. I cast a dozen ideal capstones into the sea.
Alone I sit on the beach with my bare feet on the cold, sharp rocks.
I will never write of my divine dystopia. 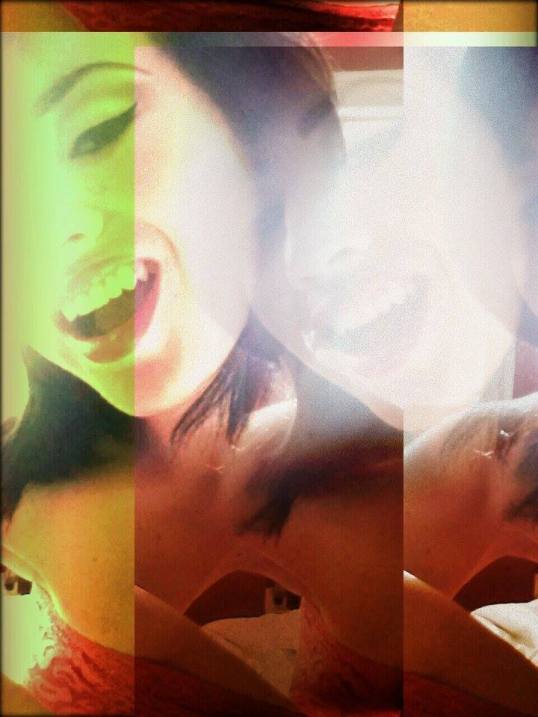 I listen to the clapper of several instruments in harmonious chaos. Or disharmonious serenity. The strums of a stranger. Except I have met him, once before, and I do know him. I don’t know how long he’s lived in this apartment, the name of this whiskey, or even his surname, but I know the movements and sighs he emits as he sleeps. His eyes don’t flicker as I stream my fingers through his hair. I enjoy nothing but the decorating motif and panoramic view of the palm trees. The immaculacy is intimidating.

I struggle desperately for a cerebral explanation as to my overwhelming fear of waking this stranger. Logic will not have the last laugh. I capitalize on the credits. I grab my coat; it’s 2:39am. I hold onto my breath as I let him go. Disembark with an awkward embrace and a hastened pace.

Now alone, I listen to his passion through headphones and connect with his soul. I study his tauntingly cryptic words. There is something disarming in the margins. Patience is a virtue, but I’ve never been a virtuous woman. With an eager hand, I forge every identity and embroider each corner with gold but no, not this time. This time I wait for his truths, patiently in the dark.

I remember the years of unrelenting apathy, how desperately I desired the ability to feel anything but indifference. Love was a spell, and I didn’t believe in magic. I was reckless, falling and abusing myself at every opportunity; there wasn’t anything I wouldn’t do to see my own bloodshed. Suicidal affection—kamikaze relations.

Then it happened. It was a snowy Christmas in Ireland the day he shattered me with the revelation of his longstanding attachments. He dared me to want it, and I indulged him. It was the price I paid to feel alive—to feel human. No adhesive would salvage this break. It wasn’t clean; it wasn’t quick. It was deep, dirty, and had taken years to fester.

There were several stages of it, and a good few had passed before I’d realized it. I’d traded a lasting love back home for a pipe dream over 5,000 miles away. After that, I tried afresh with another overqualified candidate, and the day I broke him I still hadn’t come close to embracing how damaged I truly was.

Six months in, when I returned to the land of Guinness and rain I started to comprehend, but I failed to recognize the signs when my greatest lover and worst offender held me in his arms. Further I neglected to pick up the pieces when he left back to England. Even three months later, when he wrote me from London to end it, I was too preoccupied with losing myself under the Californian sun in the gazes and thrills of part-time lovers with perfect smiles, slow strides, and no last names.

It took a full year to fully comprehend just how deep into those woods I’d gone. Fifteen months have passed, and still I’m circling the drain on the carousel of condemned souls. With the dissolution of hope, all sense of morality and self-respect has dissipated. I am now just a broken girl who is too sad to give a fuck. I don’t want to be fixed. I don’t want to learn names. I want a boy who is so fucked up he doesn’t utter a sound.
And I want him to hate me as much as I do.

I’m a mess, you just don’t know it yet.
Fuck your basket, I break my own eggs.
I met a boy in Dublin.
But my heart is in Kerry.

They said it would give me cancer.
I said it was better later than never.
I can’t live with him.
So I’ll have to die without him.

He had a tattoo of a beautiful abstract woman with her arms up in the air, folded around to make circles, much like a wistful yoga stance. Her surreal existence was mysterious and elusive, but captivating and beautiful. A picture is worth a thousand words, yet hers rendered me speechless.

She welcomed me to admire her longer than I ever intended, while daring me not to break my stare. Then I blinked involuntarily and scrambled to realign my sight. This time my head was slightly askew, and Miss Enigma was no longer an exquisite, enchanting woman, because her arms that were bent so elegantly around had since become actual circles; her arms were no longer there. She wasn’t even there. Her silhouette had blended into the canvas of his more than perfect complexion.

The indelible ink endured, yet the image had changed. All that remained was the circles once outlined by her long, slender arms, but they were no longer just the shadows in the backdrop. They were no longer in the periphery. They were now the focal point-a pair of giant, supple tits-and that’s when I knew.

The Plastic Pool Diagram by Sophia Blacke is licensed under a Creative Commons Attribution-NonCommercial-NoDerivs 3.0 Unported License.

I tender an unusually large amount of hatred for any man who doesn’t harbor the same loathing for excessively large, gas guzzling, pick-ups, outside of it being a 3rd vehicle, for practical uses, of course.
He has two, and only two.

My breeding physically renders me incapable of recognizing the diversions maintained by holiday spots like Lake Havasu and Laughlin as anything but far too many social classes beneath me to entertain the odd moonlit slum.
His family has a “river mansion.”

I have a phobia of the sun.
He has the deepest tan I’ve ever seen.

Men are said to be genetically predisposed to having spatial visualization skills and a sense of direction superior to their feminine counterparts, yet I’ve not come across any more proficient than I. Nevertheless, I still have high expectations and little patience for anything less from the man I respect.
I watch us take three detours every time we go from his house to the bar.

I ache from the painful transparency in these desperately self-serving mindsets who still can’t see the direct relationship between self-aggrandizement and insecurity.
He has a French bulldog purchased as a puppy from a breeder.

I hate Apple products, political activists and empathizers, and addictive personalities.
Bad listeners, projectors, and a man who can’t be alone.

His existence epitomizes everything I rebuke.
He is nothing of what I value, respect, or desire.

He touches my face and plays with my hair, as he kisses me goodbye.
I will die before I ever get this close to pure, unfettered passion again.
But the vetting took less than his 27 100.
I hop out.
Slam shut the passenger-side door.
I know it will be the last time I ever see him.
Logic concedes no alternative.

I am buoyant.
Comforted by rationality.
Don’t bother to look back.
Nothing to savor.
No waives for the send off.
I relish no moments.
Continue all function, as if nothing has changed
Less this fucking litany of hard-pass deal killers
Nothing has changed.
For I will see him again, the very next time he calls.

He Kisses Like Christmas Morning by Sophia Blacke is licensed under a Creative Commons Attribution-NonCommercial-NoDerivs 3.0 Unported License.